Meet Our Team
Get To know us
Welcome to team ironman
Ironman Casting and Machining Solutions alleviates the stress and pressure for your company by finding the best Foundry or Machinist for you. With 41 years in the industry, we have made many lasting friendships with a wide range of Foundries and Machining companies throughout the United States. At Ironman CMS, we are committed to providing quality service and a personal touch that is unmatched. At the end of the day, Ironman CMS is a company you can trust to get the job done! 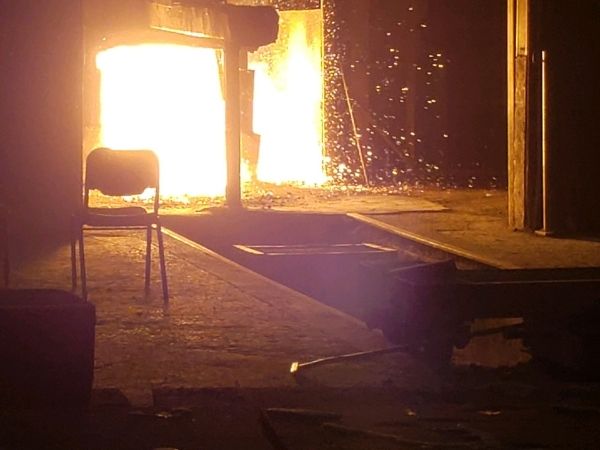 Our team of highly skilled professionals enjoys working on quality solutions for you and your customers. We have been in the foundry business for over 40 years. Along the way, we have delivered results that exceed our customer’s expectations. Continued training and learning while understanding industry best practices is one way we deliver products that will last.

Let us show you how our experience can help put more time in your day while saving money and alleviating stress for all of your projects.

In order to stay in business as long as we have, reliability is a requirement. During the tough economic times as well as uncertainty in markets, we have stayed true to our values and beliefs. Extraordinary customer service and excellent results is something we will never compromise.

In order to consistently provide reliable products and service, our team comes up with a detailed process unique to every project. We plan extensively and produce accordingly. We work tirelessly to meet all of your deadlines and have an understanding of your requirements from the beginning.

It’s a privilege and a great compliment to be trusted by many businesses to deliver the results their customers expect. Not only will we do what we say, we will also recommend ways to help save you time, money and stress.

Trust is not something we take lightly. Let us show you why our customers continue to call on us for all their foundry needs.

Josh worked in nearly every position in the foundry until he finally became the Green Sand Production Lead, the position he held until the foundry was due to be closed in 2004.  At the end of 2004, Bartos was influential in rallying the remaining employees to invest their retirement to purchase the foundry from Mereen Johnson.  In January 2005 Dakota Foundry Inc. was formed.  Bartos assumed the role of Vice President of Operations, and over the next 10 years, he and the other 12 owners grew the foundry from $2.2 million to $6.4 million until the foundry was sold to Anderson Industries, a local manufacturing company.

Now, Josh has founded Ironman Casting and Machining Solutions to bring his 40 plus years of experience to you to help find the perfect solution for your company.

Candyce Moore has been an Executive Assistant for 15 years. She has always been interested in the Foundry business so when the opportunity arose to work with Josh Bartos, Candyce was excited and eager to learn more about the foundry business. After 5 years with Josh, Candyce still learns something new every day.

When Candyce is not working, she likes to spend time with her husband Craig, her two step kids Zachary and Abigayle and enjoys working on the family farm as well as riding her horse, Fred, every chance she gets!